A Catholic faith and lifestyle Blog 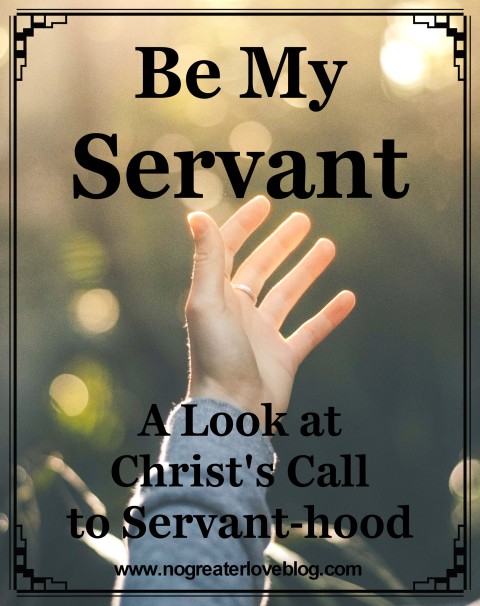 I don’t know if any child has grown up wishing to be a ‘servant’ when they grew up.  Until the time of Jesus, the place of a servant, much less a slave, was looked down upon as lowly and undesirable.  No one in their right mind would sign up for such a job.  In fact, it wouldn’t even be considered a job because of the fact that it was out of sheer necessity and obligation that any person did such work.  Anyone looking at a slave gave them little respect and held them in the lowest esteem.  The slave was taken advantage of, pitied, and never truly honored for the work that he accomplished.

Because of these obvious pieces of criteria, it shouldn’t surprise us that Jesus’s apostles and disciples were not too keen on His fondness and respect for the life of the servant. After all, when Jesus first brought up the honor of the lowly (see Luke 22:24), the apostles were in the middle of arguing about who was the greatest among them!!

Even though this is a common theme among the apostles, with the mother of the sons of Zebedee story as another prime example (see Matthew 20:20), it is also just a part of human nature.  After all, it is the human inclination to strive for honor and power.  Pride, the root of all sin, could also be considered the opposite of a servant’s attitude.  In other words, not many of us are ‘wired’ with the desire to put others before ourselves all day every day.  This makes it harder, yet even more rewarding, for us to act as a servant.

In the Old Testament, the place of the servant of God was looked on as a humble, yet wonderful, position.  In Isaiah, the servant is upheld by God, filled with the Holy Spirit,

The New Testament writers after the time of Jesus talked extensively about the idea of servant-hood as well.  To them, it was their identity as Christians to minister to those around them and do the work of the Father.  It was not a question of whether or not it would be difficult or unfruitful full in any way; it only mattered that they were doing the unaltered will of God for the people for whom they served.

The servant aspect of Christ, God made Man, was also an example for the early Christians.   Christ came to earth with the sole purpose of serving the people whom He loved so dearly, being a servant even as God.  As it says in Mark,

Christ, who came down to earth to suffer for our sins, though without sin Himself, is the perfect example of a servant.   Christ, the Son of God, acted as a Servant to the Father through His work on earth and death on the cross (see Catechism 555).  On top of that, His whole life on earth was one big act of service to His children.  If the Son of Man could empty Himself in this way, the least we can do is to follow His example in return.

As Catholics, we are all called to do the work of the Father as His servants.  By following the example of Christ on earth, we will all grow closer to Him.

So go out and serve in what ever way you feel called!!  Even if it is hard, the life of a servant of God is always blessed.

3 thoughts on “Be My Servant: A Look at Christ’s Call to Servant-hood”

Hi! Welcome to No Greater Love. I'm here to spread the Joy of Christ! Take a look around!!