A Catholic faith and lifestyle Blog

The saints of our Church are really the glue that holds our communities together.  If it weren’t for courageous priests, holy nuns, humble church goers, and faithful catechists, we would be much lacking as a church.

Holy people are also the ones that inspire those around them to reach for greater things and to strive for unity and peace in their homes and communities.  No matter what our government says, these holy men and women are the ones truly leading our cities to greatness.

Yesterday, I was so blessed to be able to attend the Beatification of the now Blessed Solanus Casey.  75,000 people flooded into Ford Field on a rainy Saturday to witness a very special man come one step closer to sainthood.  This humble friar was the glue that held the city of Detroit together during some of its hardest days.  He united people and was the cause of hundreds of cures during his lifetime. 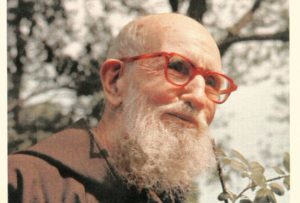 If you are not familiar with who Blessed Solanus was, I’ll give you a little overview of his life.  Bernard Francis Casey was born on the 25th of November 1850, in Pierce County, Wisconsin.  Many years later, after believing that he was called to marriage, Solanus witnessed a man violently assaulting a woman.  This experience awakened in him a strong desire to help others who were in need by becoming a priest.

Once he had enrolled at St. Francis High School Seminary in 1891, he hoped to become a diocesan priest.  Studying at that school was difficult for him, mainly because he wasn’t

familiar with the languages in which they taught.  Because of this, his superiors suggested that he join a religious order and forgo the priesthood.  He could then be ordained a “simplex” priest, one who could neither preach publicly or hear confessions.  Tough, huh!!

Once he arrived in Detroit, Brother Solanus was stationed as a porter, or doorkeeper at St. Bonaventure’s Convent.  He was a priest of God, yet he oversaw opening the door for people.  How extremely humble.

Though he had a simple job, Solanus used this job to help all those with whom he encountered at the door.  The poor, sick and suffering were all welcomed alike.  It didn’t matter their race, color, or creed, he still loved and cared for them.  He founded the Capuchin Soup Kitchen, which helped the city through the depression and still feeds thousands today.  Solanus’s gift of healing also made him well known throughout the city and country.

By his death at the age of 86, in 1957, Blessed Solanus had touched thousands of people by his mere presence and kind words.  20,000 people attended his funeral.  20,000 people.  That is cra-zy.  Just think, that is the impact that one single person can have. 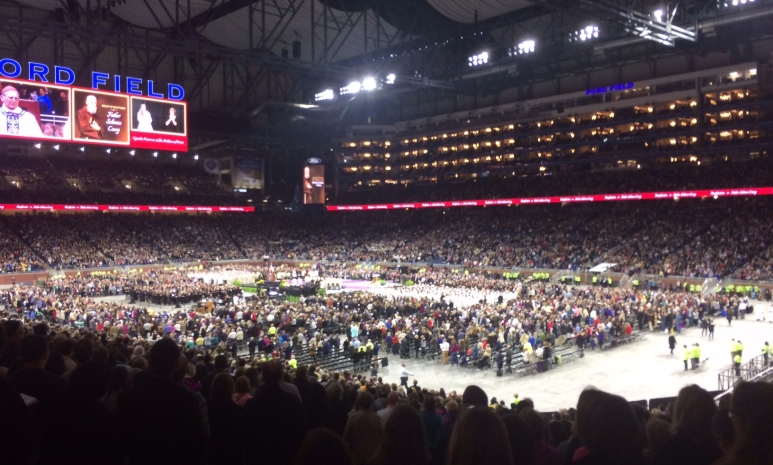 Now onto a little bit about the liturgy yesterday.  Let’s just say that it was beautiful.

I found this liturgy a beautiful sign of unity among thousands of people.  We were all there to honor one holy man together.  His virtue and service to an ailing city, even a half a century ago, has left a lasting mark on this city, state, and country.  It truly was amazing to see the city unite in this special way, all because of a humble porter. 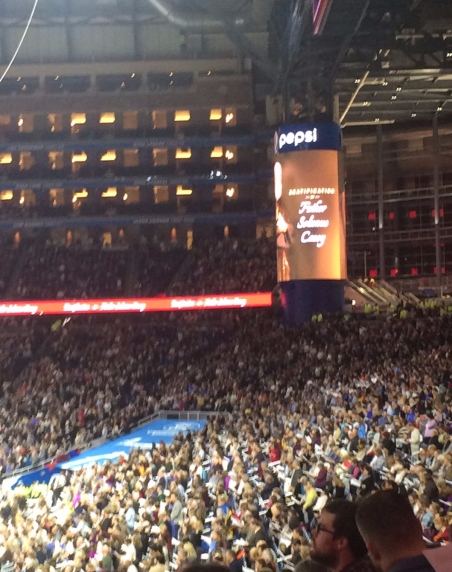 Like I said earlier, this whole thing, 20,000 people showing up at a simple funeral, thousands of people cured, hundreds of thousands of people fed, 75,000 people filing into a football stadium, and a whole city uplifted for the better, is due to one man.  He wasn’t rich or ‘famous’.  He had no major influential or political power.  He wasn’t even able to say mass as a priest.  Everyone around him seemed to think that he was incapable of leading the people.

And yet, he is still influencing people 50 years later.  And is on his way to becoming a saint.

This type of thing does not simply happen by chance.

O God, I adore You. I give myself to You.  May I be the person You want me to be, and May Your will be done in my life today.

I thank You for the gifts You gave Father Solanus.  If it is Your Will, bless us with the Canonization of Father Solanus so that others may imitate and carry on his love for all the poor and suffering of our world.

As he joyfully accepted Your divine plans, I ask You, according to Your Will, to hear my prayer for… (your intention), through Jesus Christ our Lord. Amen.

“Blessed be God in all His Designs.

Hi! Welcome to No Greater Love. I'm here to spread the Joy of Christ! Take a look around!!